Why you should be measuring Employee NPS (e)NPS

A major part of a manager’s job involves employee engagement and satisfaction. However, when talking in management terms, it is good to include numbers rather than just speaking qualitatively. It helps set goals and measure the success or failure of initiatives.

eNPS is the tool used to assess how employees feel about an organization. This score allows employees to anonymously rate the satisfaction that they get from working in the company. It is a tool that helps in measuring the effectiveness of employee engagement initiatives.

What is Employee NPS (eNPS)?

The eNPS is a simple two-question survey. In the first question, the employees are asked to rake how likely it is that they would recommend the organization to someone as a good place to work. It is a ten-point semantic differential scale in which 10 means the employee is highly likely to recommend and 1 means least likely.

The second question is open-ended and aims at gathering feedback regarding why they chose the rating in the first question. This question is important in revealing information and feelings that may not be revealed through just a 10-point rating scale.

Based on the responses, the employees are categorized into promoters, neutrals, and detractors. Promoters are those who rate either a 9 or a 10 on the question. This is followed by the neutrals who rate 7 or 8 and the detractors who give a rating of 6 or under.

These are the employees that are highly likely to recommend the organization to others. They are satisfied and highly engaged and the best strategy is to maintain their satisfaction and motivation to work to keep them from leaving the organization.

Neutrals or passives are the employees who are satisfied but not enough to become active brand ambassadors for the organization. They are content, but might not be fully engaged. Strategies to engage these team members, even more, should be implemented in this case, or any issues they might have raised in the second question’s answer should be addressed.

The employees are unlikely to recommend the organization. This means there is a low level of employee satisfaction. In this case, their answers to the open-ended second question can reveal a lot and can be a part of new employee engagement initiatives.

Administration of the eNPS

The eNPS is only highly effective when conducted anonymously. Anonymity can assure that the employees provide honest feedback.

If the survey is seemingly anonymous but aims at determining who gave what responses, the purpose of the eNPS is lost because employees might be able to figure out that the anonymity of their responses was not maintained, thus they might not report truthfully in future eNPS surveys.

The eNPS can also be expanded to include questions about the specific department based on which specific action plans can be implemented.

While the second question is all too important, the eNPS final score is calculated based on the ratings given in the first question. The percentage of detractors in the organization is deducted from the percentage of promoters. In the score, the neutrals or passives are ignored.

The eNPS scores range from +100 to -100, all being promoters and all being detractors respectively.

Why are Some Critics of eNPS?

Because eNPS is a simplistic way of measuring employee satisfaction, many organizational psychologists state that it fails to take into account all the complex factors that make up an employee’s experience. Furthermore, the eNPS ignores the neutrals which might lead to an error as the scoring criteria of every person differs.

Even though the eNPS is a very simple and basic tool, it is a good place to start. HR can then inculcate a culture where feedback is shared openly and honestly. It is also great for giving numbers to the management indicating the extent of success of HR initiatives.

Advantages of Conducting an eNPS?

Even though the eNPS is a simple tool that does not give a complete picture of the level of satisfaction of the employees. Some employees also don’t bother giving detailed answers to their choice of rating.

However, the eNPS used along with other tools can help gather a more holistic view of employee satisfaction and experience. For example, using one-on-one meetings for getting the employees to open up is a great way to get a detailed account of the employee experience.

Furthermore, since the eNPS is a quick and simple calculation and can be compared across the months, it can be a tool to gauge varying levels of satisfaction. It is also a good place to start when the company wants to get an idea about the response to HR initiatives.

Conducting the eNPS alone is not enough for increasing employee engagement. When the feedback and responses received through the eNPS are taken into consideration when developing HR initiatives that are when employees have a boosted morale.

This will also make sure that the employees feel that their suggestions are valued which will yield better results and more detailed feedback in subsequent eNPS surveys. Here are some of the tips that need to be taken into consideration when using an eNPS survey:

The right eNPS solution asks specific questions regarding satisfaction based on the department they work in and categorizes the responses based on the location of the employee and the demographic. Even though the results should be anonymous, these simple inputs like gender, racial segment, and age can reveal a lot about the scores.

The eNPS should be used as a tool to convert employees into active brand ambassadors for the company. This is also a great way to assess the organization’s ability to attract and retain talent.

3. Using the eNPS for Brand Loyalty

The eNPS survey should be conducted at regular intervals to see whether the company is on track to improving employee satisfaction or not.

The results of the eNPS should be shared with the employees whether good or bad. The recommendations received through the eNPS that the organization will be acting upon should also be shared so the employees feel valued and their eNPS score increases in the subsequent months.

5. Make Sure Actions are Taken

The worst thing that can result in worsening the satisfaction of the detractors, even more, is promising action on a set of recommendations but not implementing it. The people begin to distrust the process and its value, so they become unlikely to participate in future surveys.

The eNPS is a great tool to begin measuring employee satisfaction in the company. It is a great way to develop goals for HR initiatives and measure their impact.

When used as a part of a wider employee engagement program which also includes one-on-one employee meetings, it can serve as a valuable tool and give metrics that can be shared for attracting new talent as well as showing the positive impact of HR initiatives on the management to build trust when conducting future initiatives.

When we think about the term “future,” our imagination skyrockets to robotics and flying cars; when the word “work” is attached to the future, the

5 Ways Your Organization Can Invest in Human Resources

It’s 2023 and the term human capital management is now a buzzword in the business world. Organizations are starting to realize the importance of the

ma We’ve entered 2023, and it’s time to assess how to adapt to new human resource trends and improve your people operations. 5 New Year’s

Founded in 2021, GritHR Solutions is a young HR outsourcing team that helps businesses break free from traditional and conventional human resources practices. Based in

If you think that HR is merely an administrative function you couldn’t be more wrong. In its 150+ year history, HR has evolved to

5 Ways Your Organization Can Invest in Human Resources 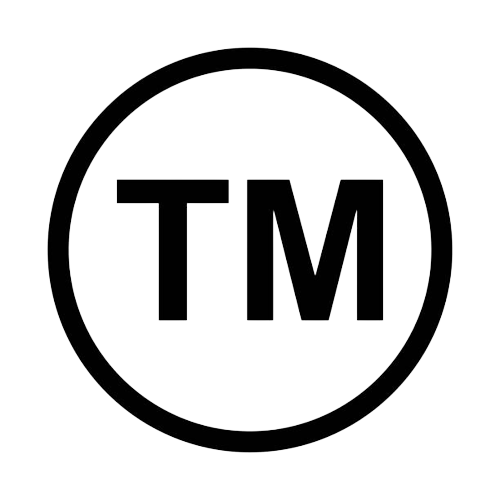